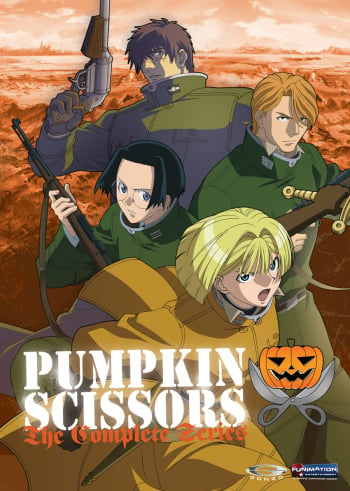 Wars leech the life out of a country in so many ways. They consume lives and resources at an incredible rate, but what is worst is the way they eat away at hope. The Empire, which has survived the years of war, now finds itself with a new conflict to resolve: with the exception of the noble families that managed to hold their wealth during the struggle, its populace is made up of starving citizens and war-damaged soldiers. Section III of the army of the Empire was created to deal with this ongoing problem; however, their progress was been slow on all fronts. The citizens fear and distrust them due to their experiences with other soldiers, the nobles have no use for them, and the other branches of the military mock them for the ineffectual nature. LT. Alice L. Malvin of Section III Pumpkin Scissors won't be defeated, though, even if her newest recruit does have something unusual about him. 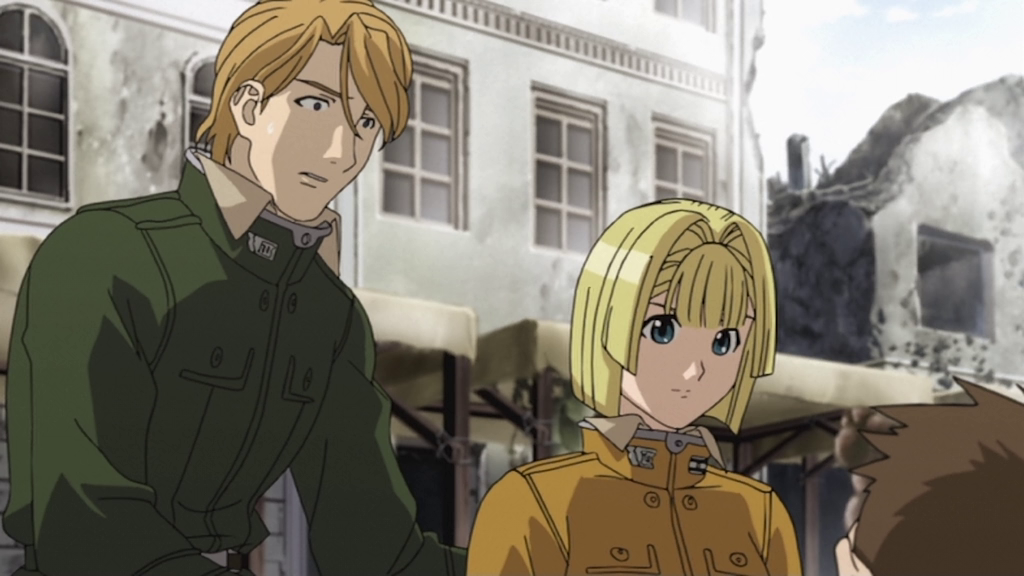 Pumpkin Scissors tells a story of a nation resembling Western Europe.The main character, Alice L. Malvin, is a Liutenant of section 3 of the imperial army. The idea of "Pumpkin Scissosrs" used as section 3's name is none other than it's job to relieve the scars of people within the nation after suffering an all-out war, section 3 breaks the shield of corrupted goverment and nobilities like a scissor tearing a pumpkin from the outside. Other members of the Pumpkin Scissors are also introduced in depth as well as the "Invisible Nine" even though it's quite brief. The story is full of intrigues and idealism, yet it's still quite empty for the viewers at times especially at the end.

Pumpkin Scissors definitely won my attention for being a realistic military-based anime. One of the many aspects that i like from the series is that they always keep their jokes under control, so that it actually sounds funny instead of being too forced. Don't forget that this is a military-based anime and almost 70% of the series is about internal problems wwithin the military and the nobilities. Overall, it was a good watch, there are still questions to be answered though.