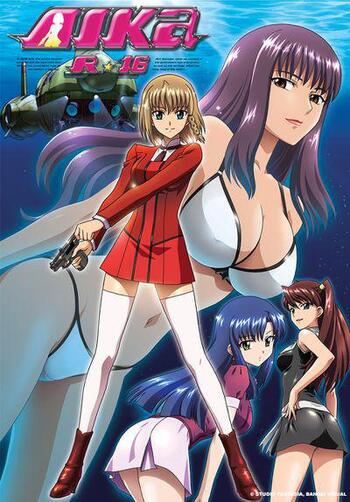 AIKa R-16: Virgin Mission Screenshots Aika Sumeragi is still in high school, but having already earned her C-class salvager's license, she has no need for career counseling. While Eri, the class president, takes a dim view on Aika advertising her services at school, she seems to have no qualms about hiring her herself on behalf of the school's Treasure Hunting Club. A girl named Karen has mysterious tattoo which contains a hidden clue to the whereabouts of something unknown, and after packing their short skirts and panties, the club sets out on a journey to discover the answer; but not everyone on board is who they seem to be. Aika's first job is turning out to be far more serious than she originally thought; and thus, her illustrious career as a panty-flashing secret agent begins!