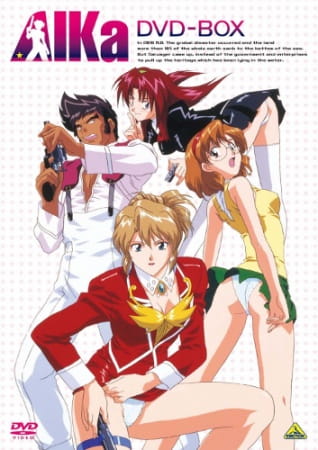 Earth has been struck by a major catastrophe, causing most of the land to be covered by water. Meet Aika Sumeragi, a scavenger who unearths everything from nostalgic treasures to lost technology from the depths - for a price. During a routine assignment to find the rumored energy source Lagu, she finds herself face to face with a man called Hargan and his harem of scantily clad women named Delma! Now, with danger afoot, Aika finds herself smack dab in the middle of a conspiracy involving secret weapons, a crazed scientist and of course, panty shots galore!